The fountains of Bern

If Bratislava was the city of statues, then Bern would be the city of fountains. Well, of statues too, since each fountain was guarded by a statue. As I walked through the old town of Bern, I started noticing them on every street, standing in the middle as if observing every passerby. I also saw them labeled on a map of the city, spread out around Bern in various corners and intersections. So, let me introduce you to some fountains of Bern and their guardians that I have had the chance to meet. 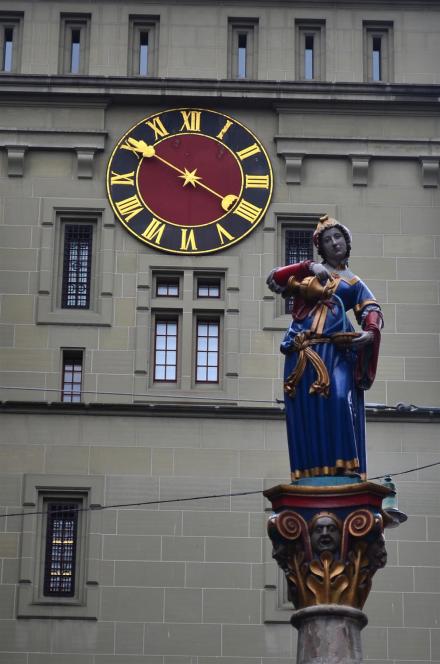 First up, the Anna-Seiler-Brunnen (or Anna Seiler Fountain). She stands in the middle of Marktgasse, the main street running through Bern, and represents the founder of the first hospital of the city.

END_OF_DOCUMENT_TOKEN_TO_BE_REPLACED

The capital of one of the most beautiful countries in Europe, Switzerland, is not its largest city Zurich nor the internationally renowned Geneva. It is Bern, comfortably and humbly tucked behind other more popular Swiss tourist destinations. It’s true. One doesn’t usually make a stop in Bern aside from making a transfer, and I guess…that was exactly why I went. I mean, there has to be SOME reason why it’s the capital of such a magical country, no?

It would also be the final stop in my week-long trip in mid-January and the final Swiss city I visit before I leave Europe. The night I arrived, it rain. It rained hard, and it was the first time that I saw rain during the entire week of travel, thank God.

Instead of staying at a hotel or hostel, I decided to go for Air BNB after hearing great things from several friends. As I was arriving in Bern rather late, Air BNB seemed to be the most convenient and budget-friendly option. I found my host Slawek’s place, after getting slightly lost around the train station, soaked all over. Thankfully my host provided a very warm and cozy night’s accommodation, especially as I was exhausted near the end of the trip. In the morning, I felt well-rested and ready to tackle the last day, exploring the humble Swiss capital.

The old town of Bern is very compact and could be easily navigated on foot. There were light drizzles in the morning and no snow as predicted in the weather forecast, but that didn’t dampen my mood. I started out down the main street in the old town and followed a map on a fountain hunt (which I will talk about in the next post), passing by the Zytglogge (Clock Tower) on the way.

END_OF_DOCUMENT_TOKEN_TO_BE_REPLACED 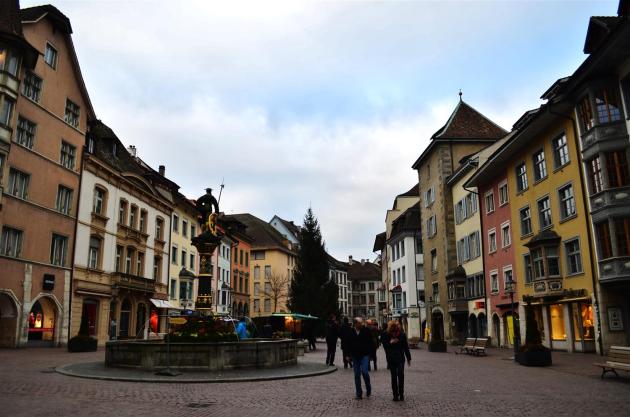 END_OF_DOCUMENT_TOKEN_TO_BE_REPLACED

The largest waterfall in Europe

Leave a comment Posted by Annie Bananie on March 8, 2014

I love waterfalls. Being from Toronto, I’ve seen a fair share of our very own Niagara Falls, just an hour and a half away by car, but tell me the largest waterfall in Europe is in Switzerland, and you know that there’d be no way that I’d leave Europe without paying it a visit.

The train stopped at Schloss Laufen am Rheinfall station, literally right next to the waterfall. As I stepped onto the narrow platform, I was welcomed by the roaring sound of the rushing waters. I only had to walk a few steps before the white waters appeared in front of me. Wow, what a sight!

END_OF_DOCUMENT_TOKEN_TO_BE_REPLACED

Lucerne may not be perfect

At one point, Switzerland began to feel repetitive. Everything is beautiful, but that’s just it – perfect beauty everywhere that’s just too perfect. A lake in every city, mountains in view at every angle, an impeccable merge of nature and cityscape. As much as I really love Switzerland, I was beginning to feel a little bored of it. I think I truly felt this after a short visit in Lucerne.

Maybe that was why I didn’t stay in Lucerne (or Luzern) for more than one day. Either that, or I didn’t stay long enough to uncover its unique charm. I had previously heard exaggerated claims of how “perfect” it is, and…maybe it is, but the fog hid it the day I was there. Or maybe Lucerne really just isn’t that perfect. But then…who said anything had to be perfect to be appreciated?

It was very foggy in Lucerne. I headed to Rigi not long after arrival, and when I came back, it was already late in the afternoon. I only had time to discover the old town districts of Lucerne, which included the covered Kapellbrücke (Chapel Bridge) and the water tower over the Reuss river.