A few hours in rainy Antwerp

A trip to Antwerp was long overdue. I’ve been meaning to go every single time I was in Belgium, but it eluded me time and time again. After I go back to Bordeaux next week, I don’t know when I’ll come back to Belgium, so I decided last Friday that I’d make that trip to Antwerp on Saturday, rain or shine. Well, it rained, and it rained hard. (Not that I was surprised – I had no hope of a sunny day when the weather forecast boasted a 80% chance of precipitation.) It wasn’t the best condition for going on a day trip, but hey, I wasn’t going to back out. Let the rain fall!

Antwerp is located in Flanders, the Flemish region of Belgium. It is the second largest city in Belgium, after Brussels, and it has one of the largest ports in the world. Antwerp is one of those Belgian cities, like Ghent, whose name is different in English, Flemish, and French. Respectively, the names are Antwerp, Antwerpen, and Anvers.

I had wanted to stay in Antwerp for the whole day, take a stroll around the city, maybe a nice promenade along the Schelde river, but the rain ruined most of the plan. As a result, my umbrella died (it was half broken already) so I got a new one, and my shoes and socks were soaked. Yuck. Definitely not pleasant to walk around with wet feet. So instead of leaving in the evening, I went back to Louvain-la-Neuve in the afternoon to escape the gloom.

I played around with today’s set of images on Picasa, in order to make them look better than they really are, due to the grey skies which show up horribly in photos. Being in the rain all day also trained me in the “skill” of single-handed picture-taking, absolutely necessary in order to stay somewhat dry for the day!

Arriving in Antwerp central station, it was almost 11:30 in the morning. The train station itself is a grand attraction in Antwerp. From every angle, up and down, left and right, in and out, it looks and feels more like a sophisticated museum than a train station.

Right behind central station is Chinatown, whose entrance is guarded by stone lions. I suppose Antwerp has a big enough Chinese population to have a Chinatown. Even the pastor at my church in Brussels lives in Antwerp, holding Sunday worship services there in the morning while travelling to Brussels in the afternoon for another one.

Walking from central station towards the historic centre of Antwerp to find the grote markt, I passed by Meir, the main shopping district in Antwerp. Walking from the train station to old town took approximately half an hour, and on my way there, the rain turned from tiny showers to an almost pouring state. It was here that my umbrella gave in to the accompanying violent winds 😦

Finally arriving at the Grote Markt in Antwerp, there was no sign of the rain stopping. It seems that in every major Flemish city, there is a Grote Markt (Grand Place) – Antwerp, Brussels, Leuven, Ghent, Bruges. 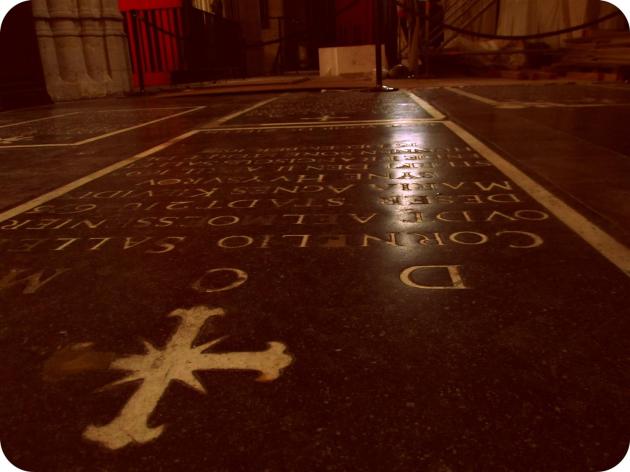 In the historic centre, a representative structure of Antwerp could be found by the Grote Markt – the Cathedral of Our Lady. In order to escape the wind and rain (which was really starting to frustrate me a whole lot) for awhile, I decided to enter the cathedral, even though it costed me 3 Euros. 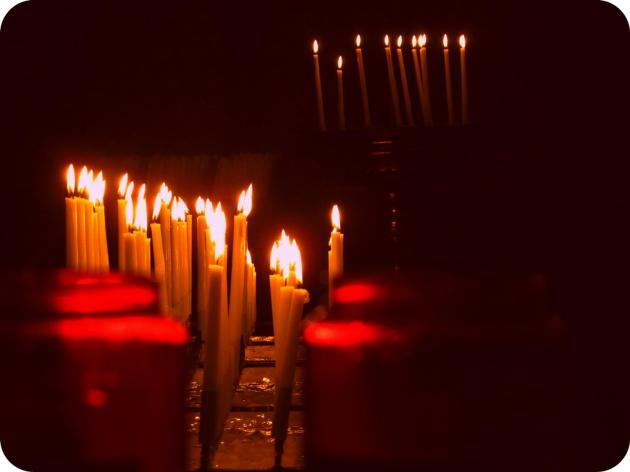 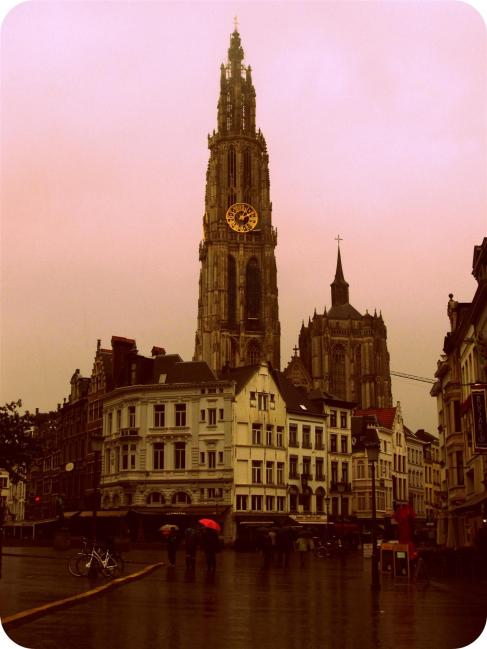 The gigantic Cathedral or Our Lady stood majestically behind the façade of the Grote Markt. Around here was supposedly the hidden little street of Vlaeykensgang, which I was looking for…

…and I found it, very well hidden between Hoogstraat and Oude Koornmarkt. Here’s a window in Vlaeykensgang. It actually took me a while to find the alley, so when they said it was hidden, they weren’t kidding. Are those mosquitoes or flies that I see on the curtains?

And finally I stopped by the port area for a short walk, though by then I had no desire to continue walking in my wet shoes. I’m sure Antwerp would be a much nicer place to visit in the sun, but unfortunately the day I chose just wasn’t the right one. Oh well. Maybe another time.

One more weekend in Belgium, and I will head to…Maastricht? That’s not even in Belgium, but it’s so close to the border that it might as well be Belgian. Be back soon!

One response to “A few hours in rainy Antwerp”