That time we decided to eat hákarl

It all started a few years ago when my friend Geoff told me about hákarl for the first time. I think it began with a conversation about surströmming and continued on to include hákarl and rakfisk and all kinds of foul stuff…it’s only fair. It wasn’t until I went to Iceland in January 2014 did I remember the word hákarl, or well, more like I was reminded of it by Geoff. “Bring some back home!” was his request…if possible, of course. And it was possible. And it happened.

“What is hákarl?” you ask. Well it turns out that our Nordic friends have some very…unique taste buds. While the Swedish have fermented herring in an explosive can (that would be your surströmming) and the Norwegian have their fermented trout (rakfisk), the Icelandic people have, you guessed it, fermented shark. Oh, you want to know more? You see, the hákarl is known for its putrefied odour and distinct, foul taste. We take a shark, cut off its head and remove its guts, and bury it underground for 6 weeks or more. Afterwards, the now fermented shark is cut and hung to dry for another several months before being cut into small sugar cube-like pieces, becoming the beauty that is hákarl. Ahh, sounds appetizing, doesn’t it?

So then I went to Iceland and had the time of my life. Just as I was about to walk to the gate at the airport where I would board a plane that’d take me safely back to Toronto, I remembered that request. I didn’t want to have to face it. I had avoided hákarl all the while in Reykjavik but at that very moment I thought…what if, just what if they sell it here at the airport and what if…I could actually bring some back to Canada? That would probably please my friend Geoff, but there is no doubt that I would be coerced into trying it, an experience that I wasn’t too keen on having. What to do? What to do?

It wouldn’t hurt to ask, I thought, and so I asked a lady working at the airport whether any of the stores sold “ha-KARL”. That was how I pronounced it, which explains why the lady looked confused and took a while to understand what I meant. Apparently the word was pronounced “HOW-kerk” in Icelandic, hah! As I was getting ready for her to reply “no” and sigh a sigh of relief, lo and behold she said, “Yes, in the Icelandic specialty shop!” She promptly pointed me in the direction of the store and told me that I’d be able to find all sorts of traditional Icelandic foods there, including hákarl. Oops.

NOW I’VE DONE IT. Now that I’ve found out that they indeed did sell hákarl at the store (and I found it quite easily), there was no way I was leaving without getting a frozen container. I think there were moments of hesitation and contemplation, but then I remembered Geoff’s famous motto of “do now, regret later”, and with the attitude and the spirit of “why the heck not?” (thanks Waterloo), checked it out at the cash register. Deed done. There was no turning back.

I expressed to the cashier that I was worried about the smell leaking in the plane cabin as I would be on a 7-hour flight, and the frozen hákarl will definitely thaw during that time. I didn’t want the smell of ammonia to fill the plane causing a crisis, so I had to take every precaution I could to prevent the possibility of it happening. The cashier seemed to understand my paranoia and happily proceeded to wrap my container of frozen hákarl in five layers of plastic bags, finishing off with a very tight knot and placing it in a final bag. That would have been alright, I hoped. I asked how long the hákarl would last in the freezer and she replied in the tone of a joke, “Quite a while, but it’s rotten anyway, so it doesn’t really matter.” WELL PLAYED. Not sure if I should be worried or not. 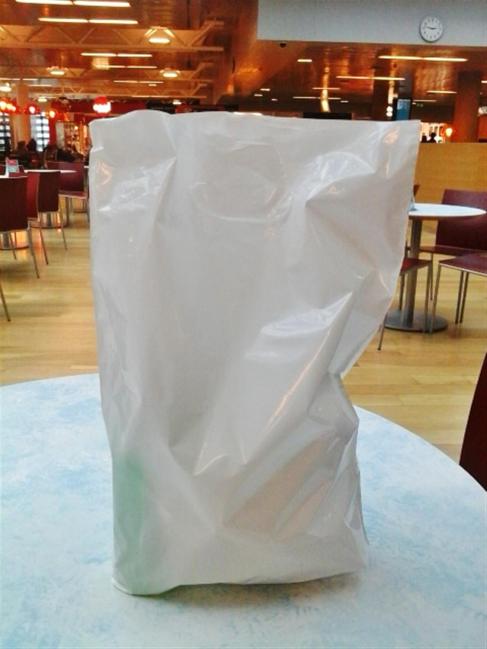 With the shiny bag in front of me in the airport waiting area, I had a very intense inner monologue. A bit distressed with a twisted feeling of anticipation, I thought, “This thing is a ticking time bomb, probably a very smelly one. I’m hoping it doesn’t cause any trouble during my 7-hour flight. There is a garbage bin nearby. I could still do it. And I realize all of this nonsense monologue is very strange, but this is probably the only time in my life that a white plastic bag would stress me out this much. Will this even get through customs? I’ll try, or get arrested. Worst case they confiscate it. Man if I go to jail because of this…lawl.”

END_OF_DOCUMENT_TOKEN_TO_BE_REPLACED 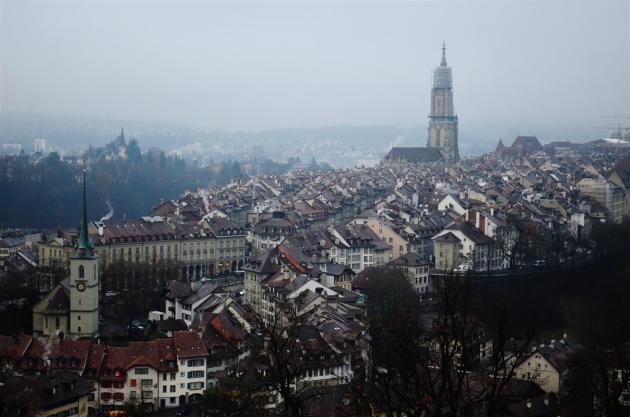 END_OF_DOCUMENT_TOKEN_TO_BE_REPLACED

One final post about Iceland…for now. It’ll be short and simple. I am sure I can write on and on about this beautiful country but five posts in this series is pretty good for the moment. This one will be about some miscellaneous fun stuff that I encountered in Reykjavik that I haven’t written about previously.

When I saw the back of the white polar bear from afar, I thought it was a huge dog…my eyes must be really bad 😦 Anyway, the focus of this photo is on the Icelandic flag, which like the flags of all other Nordic countries (Denmark, Finland, Sweden, and Norway) has a cross on it. The three colours on the flag each represents one defining natural feature of the country: red for the volcanoes, white for the glaciers, and blue for the sea surrounding the island (source: bus guide Erlingur).

END_OF_DOCUMENT_TOKEN_TO_BE_REPLACED

On my final morning in Iceland, I decided not to explore anymore, in case I didn’t want to leave. Then the tears on the plane would be for Iceland, not Bordeaux…

…but I was going to see a sunrise on top of the Hallgrímskirkja. Sunrises don’t have to be painful ordeals at 5am. Head to Iceland in the winter months where the sun rises at 10am. Wake up bright (or not) and early (9am is barely early), eat a nice breakfast, drink a cup of coffee or two, and head up the Hallgrímskirkja for a grand spectacle. But…BRRRRRRRRRRRR!! It was COLD! Getting ready for Canada, yeah! Made me wonder why I missed the cold, and how I survived 14 Canadian winters. 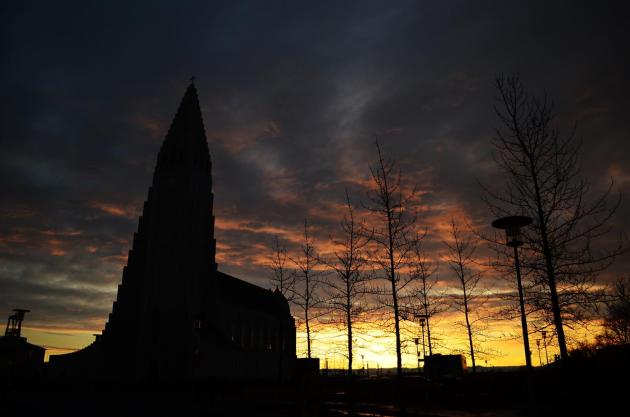 The day before the sunset watch, I saw this beautiful scene by the Hallgrímskirkja in the morning. I wondered what it would be like to be at the very top of the tower, observing the rising of the sun as it happens.

END_OF_DOCUMENT_TOKEN_TO_BE_REPLACED

Incredible Iceland #3 – So much good food!

The thing about Iceland is that I had such high expectations in everything – and these expectations were exceptionally met – except for its food. Well, that’s not exactly true. More like, I didn’t know what to expect, except for a lot of fish and seafood, maybe. I had taken the time to research about the city of Reykjavik and the natural wonders of Iceland, but I didn’t really pay much attention to the food. It was more of a eat-as-you-go scenario, or so I thought. It seems that Iceland really is a perfect place, as the food was a very pleasant surprise. You go on Tripadvisor or other review sites and every restaurant in Reykjavik has a 3.5/5 rating or higher. So as it turns out, the food was pretty darn good. Add “culinary delight” to the ever-growing list of things I love about Iceland. 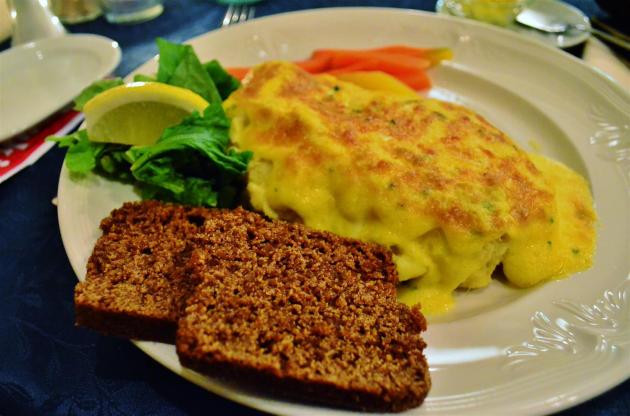 The first night I was in Reykjavik, I stopped by a restaurant close to the guesthouse, named 3 Frakkar Hja Ulfari. Apparently the name of the restaurant means either “3 overcoats” or “3 Frenchmen” in English. I sat down and ordered the “Gratineraður Plokkfiskur með rúgbrauði”, or “Hashed fish with black bread “Icelandic specialty””. Icelandic specialty…why not. (I had really contemplated getting the hakarl and was later relieved that I didn’t. The real hakarl experience will be shared in another post.) Don’t be fooled. The yellow blob is not an omelette, but hashed fish covered in some sort of sauce. I couldn’t make out what the sauce was in the hashed fish, so I asked the waitress. She didn’t know either, so she asked the chef, and told me that it was Bearnaise sauce. HUH. That was the strongest Bearnaise sauce I’ve ever had. The one I’ve had before was more on the sour side where as this one was really potent, really…fishy. Or maybe it was just the hashed fish. Good stuff 😛