I realize that the more I travel, the harder it is for me to write about a place as simple as home. It’s like taking it for granted and not feeling that it is necessary to write about it because it’s not such a “special” place, when on the contrary, home is the best place in the world. No matter how many exotic cities I’ve been to and how many adventures I’ve indulged myself in, nothing quite beats home.

September has been quite a hectic month. I booked my ticket back to Toronto in January for my friend Florence’s wedding – yes it was planned way ahead of time, but as the maid of honour, not attending was not an option, so I made reservations as soon as I found out the wedding date. Yet, the wedding was not the only reason why September was hectic. I had three events that needed lots of attention – the wedding, my baptism (both occurred in Toronto), and my midterm comprehensive exam in Belgium, which took place at the end of September, after my trip.

Amid all the logistics and planning for these three main events, I set aside some spare time to spend with my friends and family. You can read about the baseball game with Derek, the pre-wedding “retreat” with Florence, and my visit to Waterloo. Or you can read on to find out about other bits and pieces of my precious three-week vacation back home, in good ol’ Toronto. 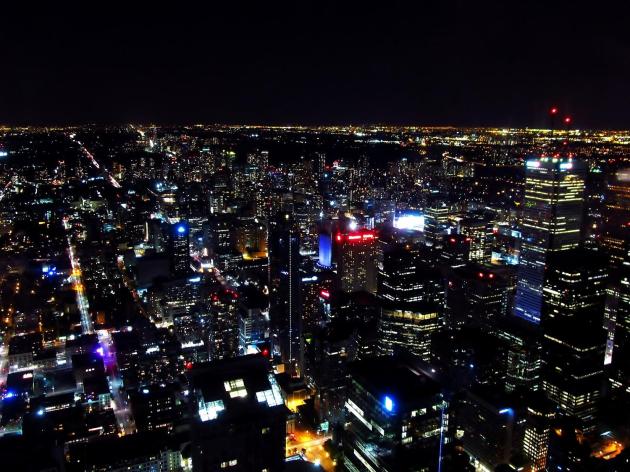 I’ve wanted to see Toronto high up at night for awhile, and after a downtown dinner with Jay one night, I thought it was the perfect opportunity to head to the top of the CN Tower for a visit. The last time I went up must have been more than 10 years ago…I don’t remember. Jay was a little hesitant, since he claimed that he was afraid of heights, but hey, who isn’t? 😀 So I dragged him along with a little bit of convincing. We only went up to the bottom observation deck where the glass floor was, and didn’t bother with the SkyPod, but the moment I looked out the window I thought, wow, the view was…dazzling, to say the least. I knew Toronto was beautiful at night but seeing it from the CN Tower was a COMPLETELY refreshing and worthwhile experience! (Thank God for manual mode…and my purse which served as a tripod 😉 )

END_OF_DOCUMENT_TOKEN_TO_BE_REPLACED

Take me out to the ball game

I don’t feel like I know Toronto at all. I’ve lived in Toronto – GTA in this sense – for 14 years before going to Europe for grad studies, and as much as I call it home, I don’t know it. Then again, one must first define “Toronto”. Is it the GTA – Greater Toronto Area – that contains regions such as Scarborough, Markham, North York? Or just downtown Toronto? For the rest of this entry, “Toronto” will refer to just “downtown Toronto”.

It was expected that this three-week trip back home would be a busy one, filled with meeting friends and preparation for three important events: my baptism, which happened on September 8th, my best friend's wedding on September 15th for which I am the maid of honour, and my mid-term confirmation exam on September 28th. Yes, it is my “vacation” of the year, but it is barely a vacation at all.

Still, it’s always good to see old friends. Last Wednesday I met up with Derek, one of my housemates for four years in university. We went downtown to SkyDome – yes, Rogers Centre, but I refuse to call it that as I still live in the past – for a baseball game with the Toronto Blue Jays playing against the Baltimore Orioles. It was the second baseball game I went to, the first one being the Jays against the Boston Red Sox some years back. I had never been a huge fan of baseball, but Derek loves it. Though I didn’t know all the rules of the game, I had a great time just hanging out and experiencing a vivid stadium atmosphere. 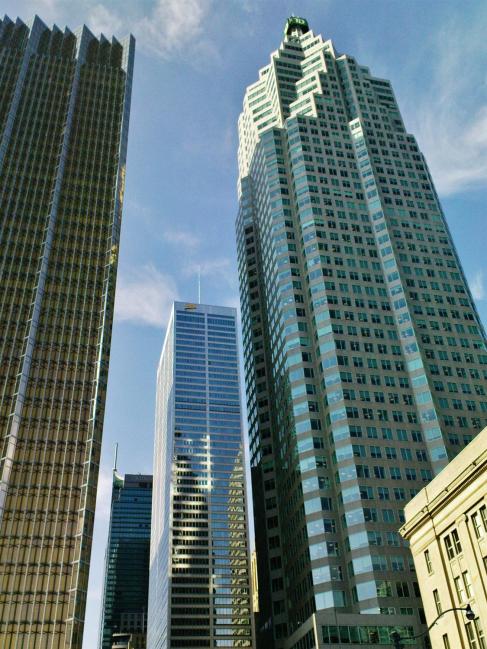 At a glance, Toronto is like any other large, fast-paced metropolitan city. You look up to not see the sky, but skyscrapers. I’ve worked in Toronto during two of my six work terms in university, both at the corner of University Avenue and College Street. I also go downtown from time to time to hang out with my friends. I love Toronto, but I would have to conclude that I like to go downtown for leisure, but I definitely would not want to work there every day.

END_OF_DOCUMENT_TOKEN_TO_BE_REPLACED

Leave a comment Posted by Annie Bananie on August 24, 2011

I’m at the airport waiting to board my flight to Paris via Zurich. There are 45 minutes left in my laptop battery (unless I plug in my adapter which I don’t want to) and about 30 minutes till boarding, so I’ll make this quick.

It’s been nice seeing you again, Canada. Everything was exactly the way it was when I left a year ago, yet nothing was quite the same anymore, especially with people.

Perhaps when I get back to Bordeaux (which will be next week), unpack, and reflect, I wouldn’t have thought that this was such a disappointing trip after all.

I’ve wanted to write a Toronto entry for awhile. I have the images; I just didn’t have the time to blog. Here goes my final entry in Canada. 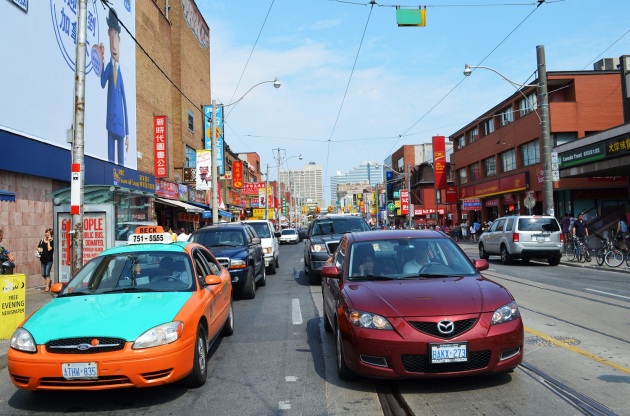 Goodbye Chinatown at Dundas and Spadina. Really, Scarborough is a Chinatown on its own, so I don’t have to go all the way downtown to get my Chinese goodies, but you’ve served the Toronto community well over these years. Thank you.