The places I called home, part I

Throughout the course of my life, I’ve lived in different cities on different continents. “Home” is sometimes difficult to define as I’ve gotten used to a nomadic style of moving from here to there. Yet, at every stage of life, I had been fortunate enough to have a “home” to go back to so that I didn’t have to say that I was going back to “my flat” or “the residence” or “the studio”.

Guangzhou, China – Where I was born

Guangzhou is my hometown and my first ever home. As much as a part of me is deeply rooted in and connected to China, as much as I’m always going to be Chinese by blood, and as much as my heart always yearns for China, I can’t really call Guangzhou a real “home” anymore. So much has changed since my departure from the city when I immigrated to Canada with my parents 20 years ago – and wow, it HAS been 20 years. In fact, my childhood memories of Guangzhou are feeble and fading. Yet, a visit to China would never be complete without going back to the bustling city that gave me life.

View from second floor apartment in the Yuexiu district 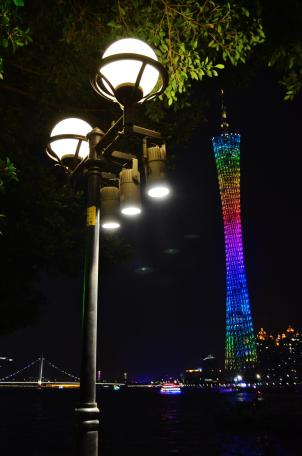 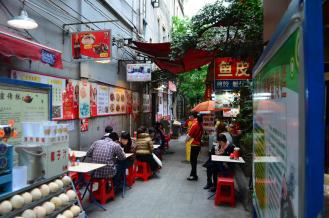 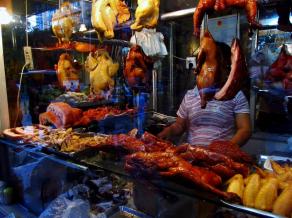 There is a Chinese poem describing the feelings of one revisiting one’s hometown after a long period of absence, and one line translates roughly to “the closer you get to your hometown, the more apprehensive you become”. Not very poetic in English, I know – please excuse me for destroying the essence. It’s quite true, though. I’ve felt for a long time that I don’t belong in Guangzhou anymore, that I’m an outsider. The fact that I had to stand in the “foreigner” line at the airport made me a little sad, but that was what I was – a foreigner in my own hometown. That feeling is indescribable, to say the least. But I will keep going back, if you accept me, Guangzhou.

Toronto, Canada – I am Canadian!

Toronto. Ah, Toronto. I must have written about Toronto several times already on the blog. If there is a city that I can call my true home, it would be Toronto. With my immediate family there, familiar faces and familiar places, Toronto is the point of departure and the harbour of safety. They say that “home is where the heart is”, and sometimes I say to others that no matter where I am, in my heart I am always a Toronto girl…but am I?

Before landing in Toronto, during the winter 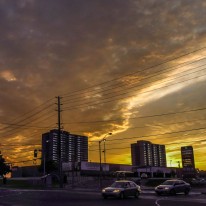 Recently I’ve been more and more unsure about going back to Toronto after my time in Glasgow is done. I’m talking about finding a job there and living there again, and there is something about that thought that troubles me. Toronto was a home that was chosen for me. As a child, I really had no say in where I wanted to be (of course I also didn’t know any better), and Toronto became my de facto home after my parents settled there. I do appreciate their hard work over all of these years in creating a comfortable environment for my sister and me…in Toronto. However, the fact still remains that Toronto is not and never was my choice. This only became clear to me when I HAD the privilege to travel and to CHOOSE where I work and live, for which I am grateful beyond words. A whole new world was opened before my eyes and I thought…could it be that I’m not meant to stay in Toronto forever? Then, is it then a little too greedy and self-centered to want to find a place for me and leave my home behind, as if with my restless heart, I’m never satisfied where I am?

I’m sorry, Toronto. I owe you my apology a thousand times, I really do.

Well, it’s only the first post of the series and I’ve already talked about perhaps the two most important cities that I’ve lived in. Next up: Waterloo and Glasgow!

3 responses to “The places I called home, part I”