The hills are alive…with the sound of a Scottish spring in Perth!

It’s my eighth month in Scotland and only recently have I begun exploring this land. What do you expect, it’s summer! Well, still spring when I visited Perth at the end of May, and summer seems to be over already as we’re back to gray and rain. Hopefully July and August will be better…?

So yes, Perth. The one in Scotland, that is, not the one in Australia (though I think Australian Perth was named after Scottish Perth). That weekend, I felt like going on a hike somewhere not too far away from Glasgow, with gentle hills and hopefully spring-like weather. I had a choice between Dumyat Hill near Stirling, and Kinnoull Hill near Perth, and I opted for the latter. The train ride was only about an hour, a quick runaway, and the weather happened to be gorgeous. I’d be a fool if I missed this chance! 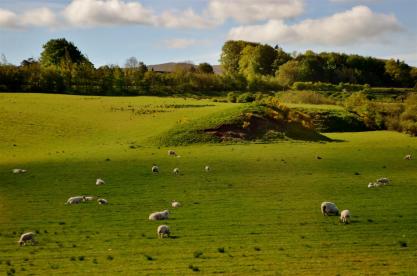 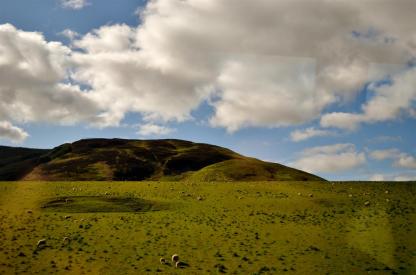 On the train, as I passed by the mountains on the way to Perth, the song “The Hills Are Alive” from The Sound of Music began playing in my head. Yes, those hills ARE alive! Even a 10-minute ride from Glasgow brings you into the countryside and reveals and whole new side of Scotland, outside of its largest city. There were sheep – lots and lots of sheep. And of course random castles just popped up here and there, no big deal. I hadn’t even gotten to Perth yet, but the ride itself was half the enjoyment. 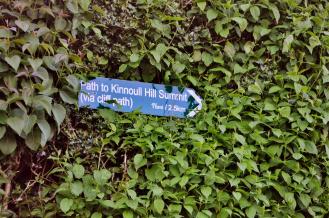 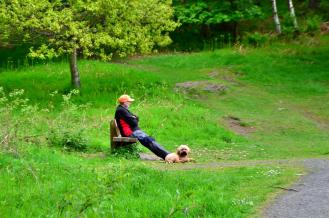 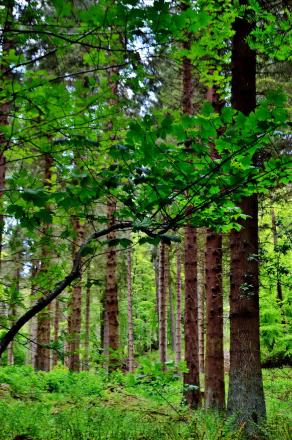 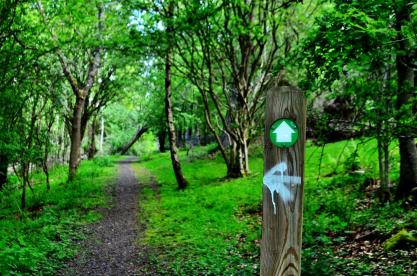 Not too far from the centre of the humble little city of Perth lies Kinnoull Hill. A steady ascent brought me into the woods, and following the clearly labelled signs, I was able to navigate quite easily. I was looking for the summit, where I would get a stunning view of the Scottish countryside, and the old tower near the summit of Kinnoull. The climb was relatively easy, much more so as I was shielded from the sun by the greenery around me. 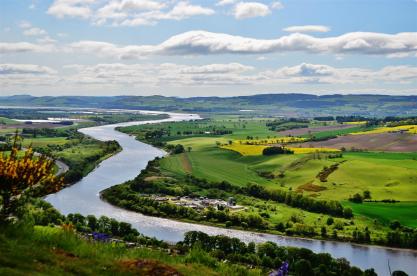 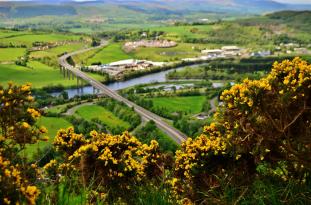 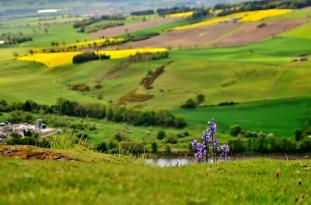 And what waited at the summit took my breath away, literally (the climb did tire me out to a certain extent!) It was around 10:30 in the morning when I reached the summit, and the morning air was so coveted as I caught my breath. As expected, the views were spectacular! Then again, they were merely a sneak peak of the magnificent Scottish countryside. As I admired the view from the summit of the hill, I was in awe and just wanted to embrace this lovely planet in its entire glory. The meandering Tay river, the rolling hills in a distance, the lush fields of fortune…how beautiful you are, my Scotland! Might I have fallen in love with you a bit more? 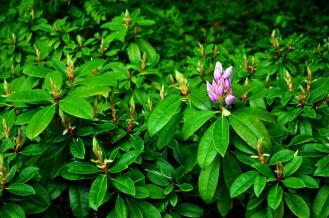 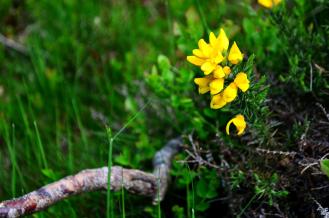 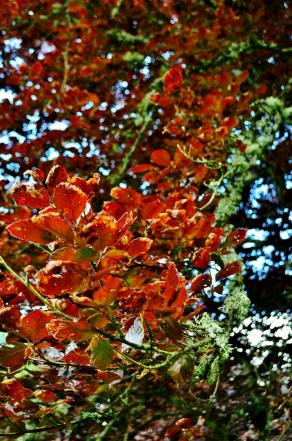 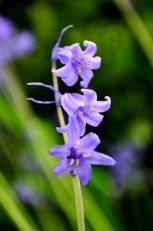 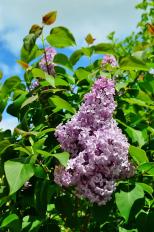 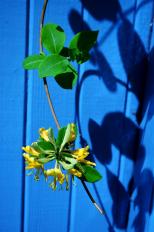 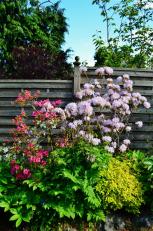 There was plenty of nature around me as I ascended and descended from Kinnoull Hill. Every little flower and every green leaf seemed to spring to life, ready to rejuvenate the world with their colours. The power of nature is unbelievable, even in the smallest, most unnoticed petals. 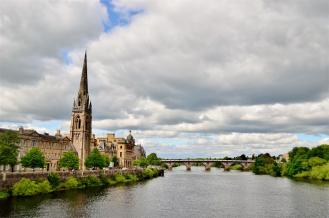 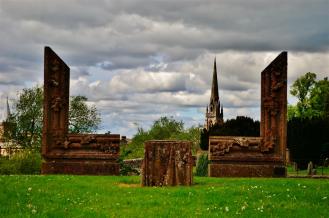 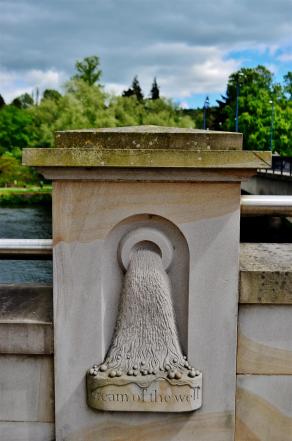 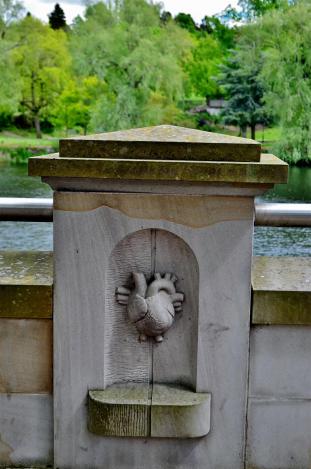 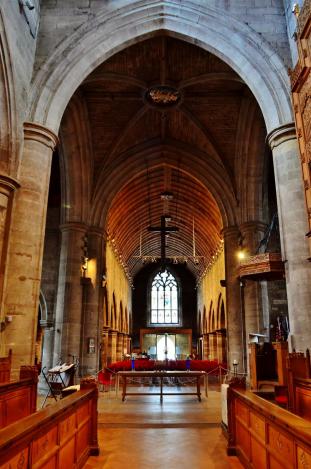 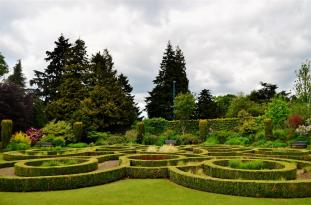 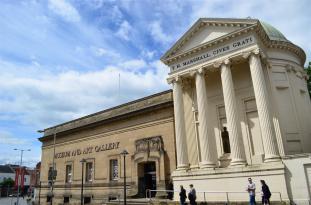 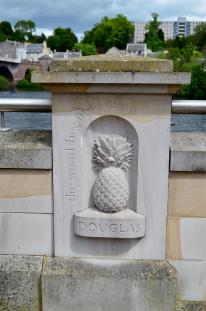 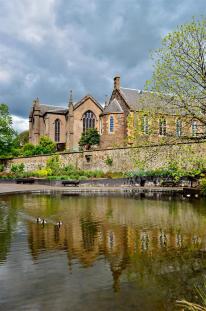 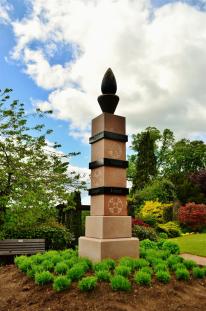 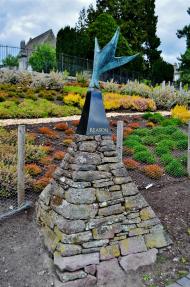 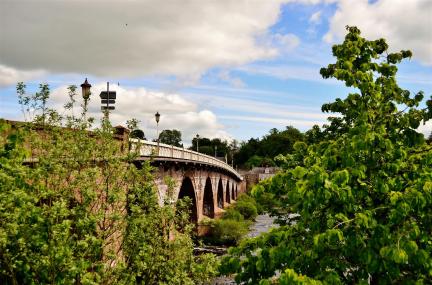 Oh, you didn’t think I’d forget about Perth, did you? The hike didn’t take as long as I had expected, and so I had plenty of time to explore Perth, one of only seven cities in Scotland. I didn’t think that I would pay attention too much to the city itself, but somehow, I was impressed. The art gallery, the hidden Rodney gardens, the sculptures by the tranquil riverside – everything was so humble, not the slightest sense of importance, yet so genuine in its disposition. I think I fell in love with Perth a little bit, and it was only a simple day trip…

But sometimes a city remains in your memory not because of its exquisite beauty, but because of how it made you feel. That was Perth. The one person that made Perth memorable for me was Chris, a musician playing on the street (I regret not taking a photo of him). Something about his voice made me sit down and listen attentively, and there I was, mesmerised by “Fields of Gold” as his soft voice delivered each word with such melancholy. As I turned the corner, I heard the beginning of “Starry Starry Night” and I thought…there was no leaving before the end of the song. And in the kirk, I heard “What A Wonderful World” being sung…how perfect. My day was already great but was made complete by Christ, who touched the strings of my heart with his music. Thank you, Chris. Thank you, Perth.

6 responses to “The hills are alive…with the sound of a Scottish spring in Perth!”