Bologna (read about it) 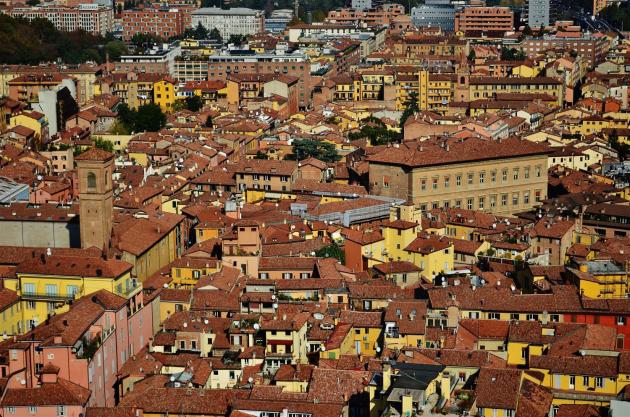 The climb to the top of one of the “Two Towers” was difficult with a lot of sweat, but worth it for a view of the roofs of Bologna, which consequently reminded me of the roofs of Bordeaux. Lots of yellow was observed, which matched the “vibe” of the city. Bologna was my first point of entry in Italy, and it impressed me, as the rest of the subsequent Italian destinations did.

Bratislava (read about it)

Two views from the Bratislava hrad (castle) – one showing the Petržalka district on the other side of the Danube river with the seemingly endless rows of communist-era high-rise buildings in the background (left), and the other showing the old town behind the trees (right). Bratislava, always a “blue” city in my mind with that distinct air of melancholy.

Cinque Terre (read about it)

Cinque Terre is one of my favourite places in Italy, in Europe even. The whole purpose of my first trip to Italy was to hike in Cinque Terre, and wow, what a breathtaking trip that was. Unless you do the hike yourself, you’ll never understand that awe-inspiring feeling of seeing Vernazza appear gradually from behind the mountains, where there was nothing but the sea seconds ago. The colours of the five villages were unreal but…they were REAL. Definitely a worthwhile trek.

Hallstatt (read about it)

Hallstatt, in the middle of the mountains in Austria, had a “Cinque Terre” feel to it. This little place seemed to float on water, drifting through lakes hidden beyond hills and valleys, unknown to the world. Such a lovely gem!

Liège (read about it)

For this high place, I didn’t specifically have to look for a place to climb or mount. This photo of the residential area of Liège was taken on the balcony at a friend’s apartment unit on the 9th floor of a high-rise building, overlooking the Belgian city. Unexpected, but a convenient addition to the series 🙂

Paris (read about it) 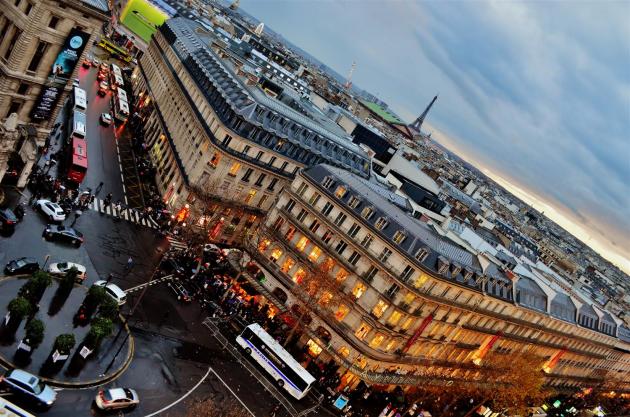 I’ve seen my fair share of Paris from high places, with the typical ones being from Montmartre (highest point in Paris) and the top of the Eiffel Tower. My favourite high place in the City of Light would be L’Arc de Triomphe, overlooking the entire Champs-Élysées, but this photo of the area around Palais Garnier, taken at the top of the Lafayettes building, is pretty spiffy as well. Ms. Eiffel Tower waves hello from a very far distance!

Pisa (read about it)

Third Italian city on this list is the world-renowned Pisa. Everyone goes to Pisa to see the Tower of Pisa, and this photo of the town was taken on top of the very tower.

Reykjavik (read about it) 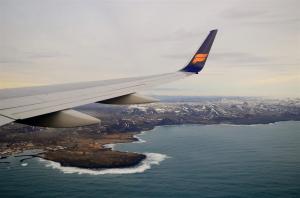 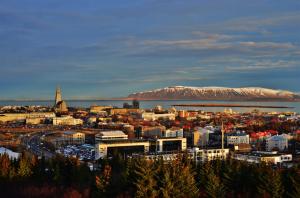 Ah, Reykjavik, a place that brings back so much fond memory of a place that captivated me in three days. The short stay was enough for Iceland, which I’ve only visited once, to surpass Switzerland, three visits, as my favourite European country so far. From geysers to waterfalls to cityscapes to sunrises to lakes to glaciers to (the attempted) Norther Lights, Iceland is the definition of beauty and perfection. The visit instilled in me an ever-growing yearning to go back to this magical place someday. I will, I will, I will.

Schaffhausen (read about it)

Schaffhausen, a cute Swiss town that unexpectedly surprised me. I only spent approximately two hours here as a transit point between Rhine Falls and Zurich airport, and was pleasantly impressed by the view of the town from the top Munot, standing on top of a hill beyond some vineyards. Even though Iceland has stolen my heart, I still harbour so much love for Switzerland! ❤

I think part 5 will be posted after a new beginning that is taking place very soon…no details yet, but a clue, maybe? My next long-term stop will be back in Europe, in the UK…specifically, in the north of the UK. All will be revealed in due time 😉

One response to “From high places, part 4”