On my final morning in Iceland, I decided not to explore anymore, in case I didn’t want to leave. Then the tears on the plane would be for Iceland, not Bordeaux…

…but I was going to see a sunrise on top of the Hallgrímskirkja. Sunrises don’t have to be painful ordeals at 5am. Head to Iceland in the winter months where the sun rises at 10am. Wake up bright (or not) and early (9am is barely early), eat a nice breakfast, drink a cup of coffee or two, and head up the Hallgrímskirkja for a grand spectacle. But…BRRRRRRRRRRRR!! It was COLD! Getting ready for Canada, yeah! Made me wonder why I missed the cold, and how I survived 14 Canadian winters.

The day before the sunset watch, I saw this beautiful scene by the Hallgrímskirkja in the morning. I wondered what it would be like to be at the very top of the tower, observing the rising of the sun as it happens. 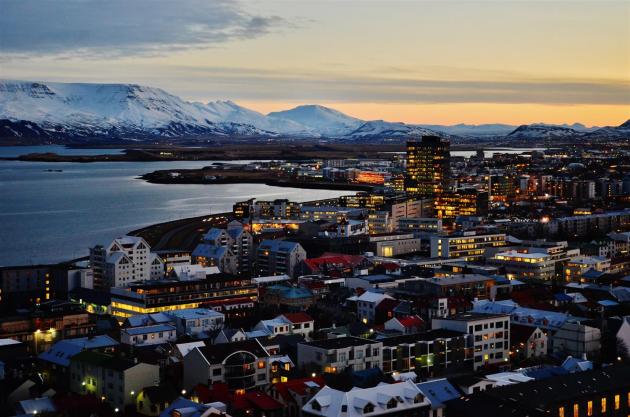 I spent an hour up on the tower, from 9:45am to 10:45am, hearing the bells chime five times (scared the heck out of me each time), hands and legs frozen…just for one flash of light to appear. But it would all be worth it…oh, the beauty. 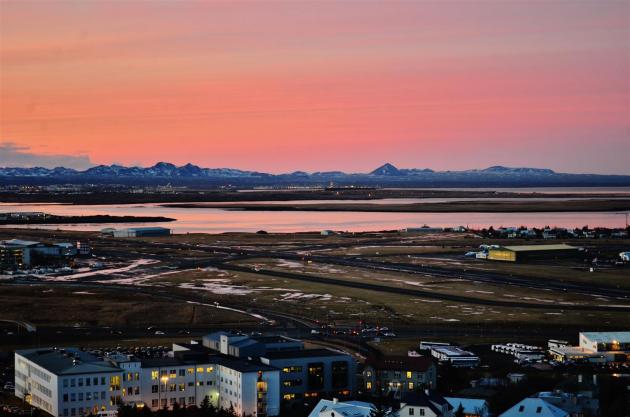 At one point the sky became illuminated in a bright pink-orange, diluting the distance in a shade of anticipation. I must have walked around the tower too many times, viewing Reykjavik from every angle possible, every one of which is majestic and stunning.

Waiting could be so excruciating sometimes (re: sunrise and geyser). Nature can wait and it won’t speed up just because we’re impatient. And the rewards of patience are glorious. The sun, like a stubborn child in the morning, wakes up but refuses to get out of bed. It takes its sweet sweet time getting ready, not hurrying just because people are waiting in the freezing cold.

In the mean time, Reykjavik looked like a collection of tiny blocks of toy houses. I knew I was going to miss this place long before I left, and I spent every precious minute that was still left in this wonderland cherishing its presence, grateful that I was there, in heaven on Earth.

Almost there. The anticipation (and the cold) was killing me, although I knew that it would be difficult to see the sun break out of the horizon with those huge chunks of clouds blocking its path. But it was still spectacular. All I wanted to see was one flash, one burst of light.

And when it appears, the world rejuvenates, and there is light.