I had wanted to visit this seaside city since last year because a lot of my friends have studied there, but we always failed to coordinate the timing. This year, our own little IDS group from Bordeaux finally got a chance to do a weekend trip to La Rochelle, courtesy of Mathilde whose family lives there.

You’d expect that by the end of June, summer would already be in full swing but NO. Summer decided to hide from us during that one weekend that we planned an outing. Not only that, but rain invaded most of our trip, as if it was jealous that we were having fun. Not cool, mother nature, not cool. (Full photo album on Facebook.)

Here we are at the old port, or vieux port, of La Rochelle. Yep, those are gray skies you see, and you it may not be apparent, but it was raining like mad. Everyone (except for me) was prepared with an umbrella, so I had to sneak under one or just rely on the hood on my jacket most of the time. Didn’t matter though, the group was in high spirits most of the time because nothing takes away the FUN when the IDS-FunMates are together. Take that, rainy weather! 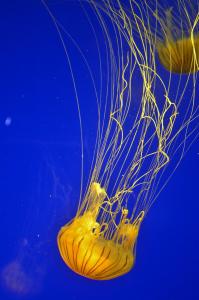 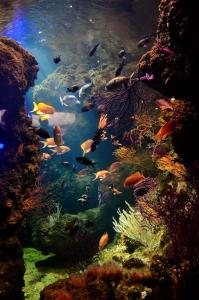 It didn’t take us long to realize that we should probably head indoors because in addition to the rain, it was COLD! After briefly walking through the city centre, the group made the wise decision to visit the La Rochelle aquarium, where it was warm and rain-free! This is the second aquarium I’ve visited in my life, after the Shedd Aquarium in Chicago. Some highlights included the gorgeously elegant glowing jellyfish, the colourful tank with all sorts of beautiful fish, the giant fish with the sharp teeth and nostrils that looked like funny eyes, pretending to be stranded on the curved tank, and of course, old turtles that always remind me of Captain 😉 What an amazing underwater world! 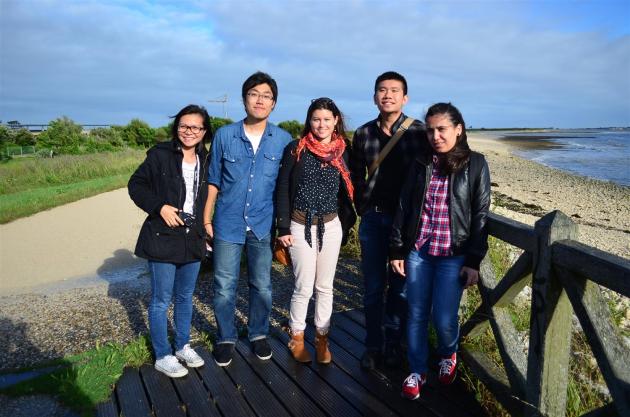 The sun decided to come out for a split second, so let’s meet the group! From left to right we have An from Vietnam, Jiang from China, Mathilde the host from France, Edgar from Canada (Waterloo nano woot!) and Vusala from Azerbaijan. There’s also Yi-Shiang from Taiwan who must have been taking the same group photo beside me, but he’ll appear a little later on. 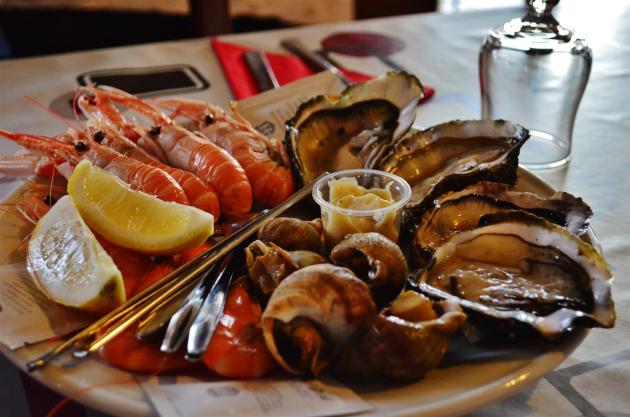 Aha, didn’t think we were going to miss having some delicious seafood in La Rochelle. For dinner on Saturday night, Jiang, Yi-Shiang and I ordered a seafood platter as an appetizer shared between the three of us, with shrimps, scampi (just larger shrimps), sea snails, and raw oysters. Magnifique!!

On the morning of day 2, Mathilde generously invited the whole group over to her house for a home-made lunch before heading to Île de Ré. Apparently, this was a very international brunch as it consisted of Portuguese ham, French croissants, English tea, and Irish…something, I forgot. It’s been a while since I’ve had brunch (or real breakfast, actually). It was delicious – all the better when shared with friends. Merci Mathilde!

Île de Ré is an island just off the west coast of La Rochelle and is popular for tourists because of its beautiful beaches, which unfortunately we didn’t fully enjoy because we were again attacked by rain! It was alright though. Before the rain arrived, we managed to walk along one of the beaches and we even stopped to leave our sign…sort of? IDS-FUN…! Yes, that was all we wrote on the sand. Not exactly sure why we left out the “MAT” part, but really, “FUN” describes our group perfectly 😉 Here Yi-Shiang and I finally appeared in this group picture instead of always being the ones doing the snapping. Thanks An for the photo! 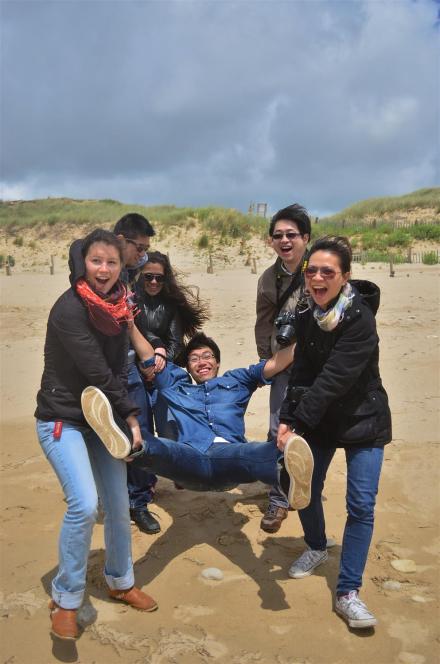 After the pleasant group photo, some of us thought it would be fun to dispose one member of IDS…can you guess which one is saying goodbye? Actually, everyone seemed to be enjoying the process of throwing Jiang into the Atlantic Ocean, including Jiang himself. It was a glorious moment indeed!

Our adventure on the beach ended when the rain and wind got too strong. It took a good 20 minutes to walk back to the car and boy, I was soaked! Though, as soon as we got away from the oceanside, the rain and wind calmed down exponentially. The power of the sea…! Anyway, our next (and final) destination was St. Martin, a little village on the island that reminded me very much of a maritime version of Saint-Émilion. 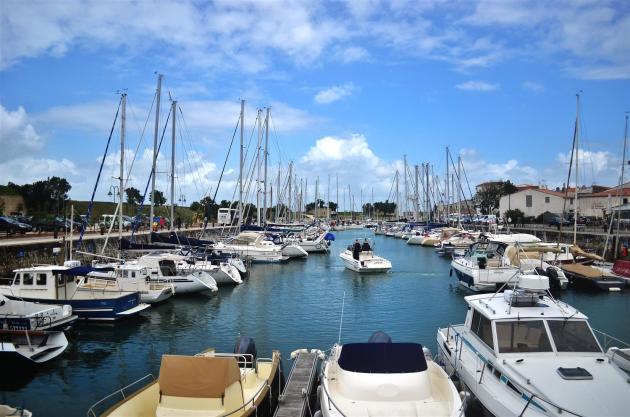 The trip ended with a nice walk in St. Martin under the finally blue skies that greeted us towards the end of the afternoon, signalling that it was time to head back to Bordeaux. This weekend outing to La Rochelle would probably be my last long distance trip before going back to Belgium for my private thesis defense in October, though with me, you never know… 😛 Right now, though, I need to focus on completing my experimental data and getting my thesis written. BRING IT ON.