At the end of 2011, I wrote “From high places” where I counted the cities I’ve been to around the world where I had a view from “high” places, whether it’s a hill, a mountain, the top of a tower or building…and so on.

I figured I’d put together a part 2 because since the first part was written, I’ve been to many more “high” places. Again, this list is in alphabetical order. Let’s fly!

Biarritz (read about it)

This is a view of Biarritz from the lighthouse in Anglet, where the 2012 IDS-FunMat training school took place. I don’t think I would have found this place unless I met that random photographer dude by the beach as I was watching the sunset. He told me if I followed the trail to the lighthouse, Biarritz is just on the other side of the cliff, and the view is spectacular. So then, the IDS-FunMates formed a little “lighthouse exploration team” to find the lighthouse. Thanks, photographer dude!

Cologne (read about it)

Not climbing to the top of the great Dom in Cologne would have been a huge regret, so I went up something like 500 flights of stairs just for this view of the Rhine river and the Hohenzollern bridge, which was all worth it. Favourite part of this photo? The three caterpillar-like trains, of course 😉

Ghent (read about it) 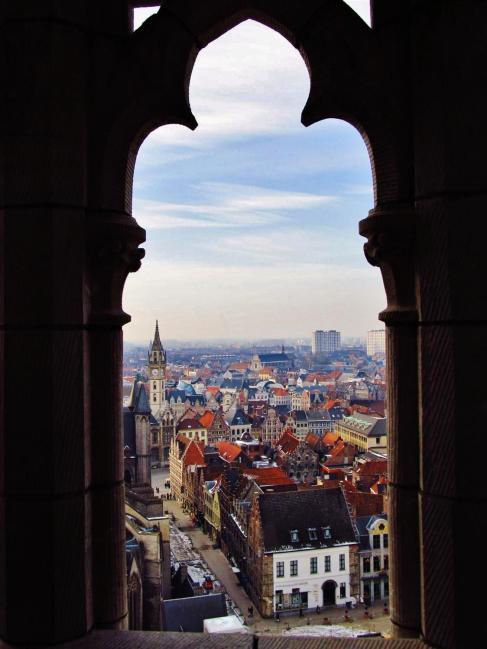 I really liked Ghent, much more than Bruges, in fact. It was so much less touristy yet so much more grandiose. It’s a pity that a lot of people miss it and go for Bruges instead.

Guangzhou (read about it) 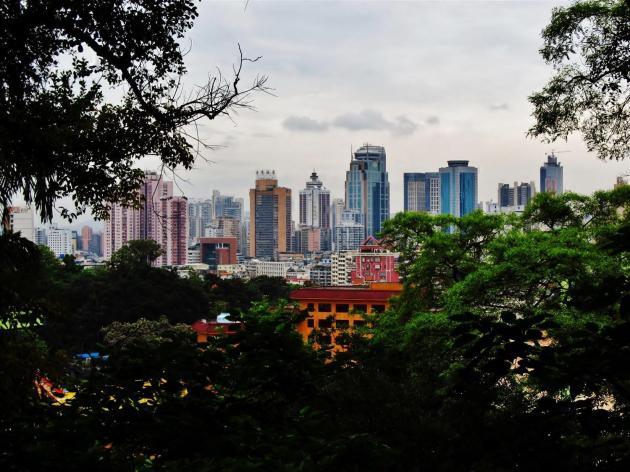 During my one-week “trip” back to my hometown, I went up Yuexiu mountain. It was what, 35 degrees Celsius? The buildings of Guangzhou could be seen in a distance, hovering beneath the gray skies. Come to think of it I think I only saw blue sky one out of the 8 days that I was there.

This photo was taken right before the landing of the aircraft as I was returning to Hong Kong from my trip to Zhangjiajie in the summer of 2010. I don’t know Hong Kong very well, but I’m pretty sure that this was part of Hong Kong. Actually, the rows and rows of buildings look more like miniatures than real buildings, even the mountains look slightly plastic, don’t they? (I assure you they’re real though!)

Lauterbrunnen (read about it)

Lauterbrunnen, valley of the waterfalls – gorgeous and magical. The entire trip to Switzerland last summer was like a dream come true. Such an unimaginably beautiful place! I loved Interlaken and Lauterbrunnen. Surrounded by mountains and lakes and clouds and waterfalls and fresh air, is this what paradise is like?

Maastricht (read about it)

Maastricht was one of those places I could have easily gone to if I was in Belgium, but it was exactly because of that that I delayed it till October 2012. I enjoyed my day trip to Maastricht because I was lucky enough to stumble upon a lively wedding that was taking place in the middle of the city.

Riga (read about it)

Riga was seriously an adventurous trip. I could have died from the cold, especially since I went during the coldest days in Europe during 2012…and it was so far up north! But that was why I went, as a challenge. I mean, a Canadian girl shouldn’t be afraid of -25 degree weather, right? And I’m so glad I chose to go, because c’mon, Latvia – what gets more exotic than that? By the way, yes, the river was frozen. What a winter!

Saint-Émilion (read about it) 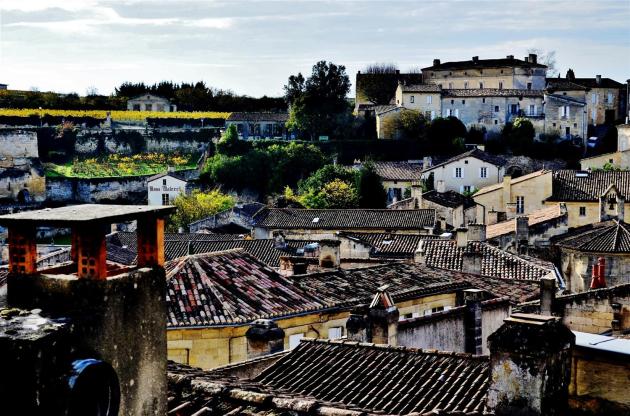 The roofs of Saint-Émilion are painted with age and history, showcasing a city whose medieval past is etched on its walls. One of my bucket list items is to visit Saint-Émilion in every month, and so far I’ve done every month except for March, August, September, and October, which shall be completed this year. The picture above was taken in November 2012 on a sunny autumn day, one that could not possibly be more beautiful.

San Sebastián (read about it) 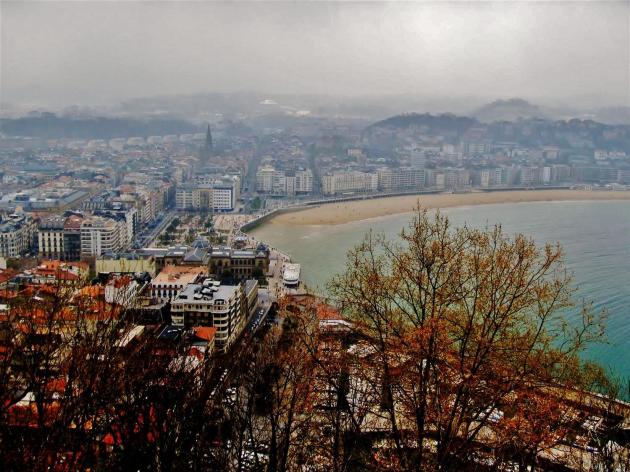 Mariel and I stopped by San Sebastián for two days after the IDS training school last year, and while the weather wasn’t in the most ideal conditions, it was a fun detour. La Concha looks super grand from the top of Mount Urgull!

Sarlat (read about it)

Meiyi and I called Sarlat “the town with pretty little houses”, and it’s true – cute houses decorated with all kinds of flowers were scattered around the town.

Toronto (read about it)

Somehow home ended up last…hmm. Even though I didn’t have Mr.Nikon with me, I was really, REALLY glad that Mr.Canon had manual mode 😀 The view itself…well, to say the least, I was completely mesmerized. Doesn’t Toronto just look stunning during the night?

One response to “From high places, part 2”