The art and science of cooking, part 3

Food is the ultimate epitome of enjoyment in life. As I’ve mentioned before, I will never be skinny because I love food too much. Two weeks ago I was discussing food with a colleague, and when she said she loves food, I replied, “Who doesn’t?” She said, “Some people eat because they have to, but they don’t LOVE food!”

And that is true. The art of food can be so much fun to play with. Sometimes when I am tired at night, I just throw together something simple and eat it to fill up my stomach, but when I have the time and opportunity, I play around with food in terms of taste, texture, presentation…everything! The meticulous combination of all of the above and everything else that makes food more than just something you eat…that is ART. I may not be very skilled, but I certainly enjoy the process of experimenting with food, much like doing science.

Following part 1 and part 2 of the food series, here’s the latest edition with the some new stuff I tried in the past couple of months. Enjoy! 😉 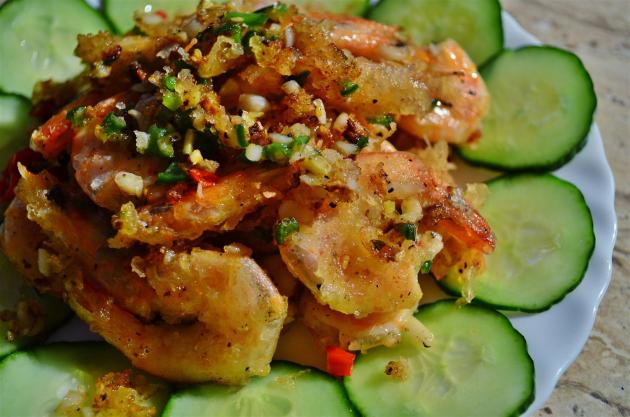 Spicy salty crispy shrimp – yes, the name is long and a mouthful, but I can’t find a better way to translate it from its original Chinese name. I was quite proud of this dish. For the longest time I’ve been wanting to try the “spicy salty crispy” way of Chinese cooking, which involves deep frying the main ingredient (could be shrimp, squid, pork ribs, etc.) and as soon as I got back to Bordeaux and had access to my kitchen again, I KNEW I had to do it. The outer shell was a bit loose because of the starch coating, but my goodness, the combination of garlic, chilli peppers, ginger, and green peppers with the shrimp…heavenly! Let me just say…SUCCESS!

Deep frying is a big part of Chinese cooking. It seems like a lot of popular dishes are accomplished with deep frying, and while it may not be the healthiest method in the world, the end products are sooooooo tasty! With that said, here’s some deep fried tofu cubes made the same way as the shrimps, spicy, salty, and crispy. I really gotta control the amount of chilli peppers I use though. I always underestimate their power, and though I like spicy food, sometimes too many chilli peppers can overpower the main taste of the dish. Need to keep that in mind!

One of my favourite things to make in Belgium (if I have an oven) is baked chicken wings. It is so easy and I wrote a post on the making of oven-baked chicken wings on the YYSS blog. Basically, just marinate the chicken (preferably overnight) with whatever spices you like, soy sauce, and stuff it in the oven at an appropriate temperature (something like 200 degrees Celsius) for an appropriate amount of time (say, 45 minutes?) Clearly, this was a real experiment because literally any taste is possible depending on the combination of spices, but it’s quite hard to fail because chicken wings taste good regardless of how you make it. This is perfect for lazy people…if you’re willing to wait a bit!

Mmm, mussels! I had intended to make these by baking them with garlic, butter, and onions, but the plan changed. I still used the ingredients, but I cooked them in a pot instead with some white wine. It was much easier as I didn’t have to chop up the onions as finely and spread everything evenly over the mussels, and wow it turned out quite well. Another quick fix for people who don’t want to spend too much time on making dinner 😉 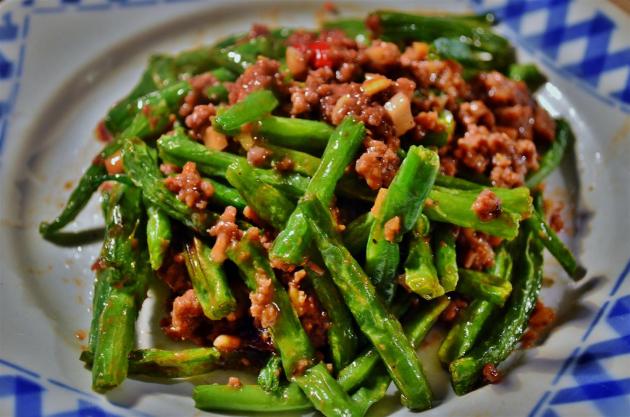 For something a bit out of the ordinary, we have here shrimp, crab sticks, and cucumber mixed in a stir fry. To be honest, the day I made this, I just took out whatever was left in my fridge (running out of food!) and put it together for a meal. I added a bit of chilli sauce for taste and here’s the end product, something truly simple but goes well with some rice. Improvisation, yeah! 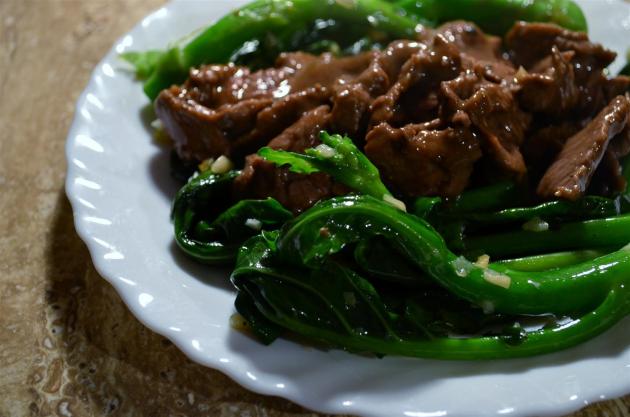 I actually don’t know what the name of the green vegetable is in English. In Cantonese it is “gai-lan”, and Wikipedia tells me it’s called Chinese broccoli. Anyway, I tried broccoli with beef, so why not try it with gai-lan as well?

Last but not least, this is the salad I made for our lab happy hour in December. It was actually inspired by a tuna salad that I tried at my pastor’s house a while ago, and I thought I’d make something similar but add some more stuff to it. So in addition to the pasta, there’s tuna, crab sticks (yup I love using them in my cooking), cucumbers, corn, and Dijon mayonnaise. This is probably the healthiest out of all the dishes I’ve presented in this post and the one that requires the least amount of “cooking” – only the pasta was cooked, everything else was just thrown in. Doesn’t make me much of a chef, huh 😉

With the thesis entering full throttle mode, I don’t think I will have much time within the upcoming months to experiment much with food. Sometimes I don’t even want to cook too much at night because I get home late, but I will continue to gather ideas and collect new recipes to try when I have the time and energy. Let’s hope for a part 4 sometime before I graduate!

4 responses to “The art and science of cooking, part 3”