On day 3 of my Christmas escape from Bordeaux, I visited the famous Mont Saint-Michel in Normandy…or is it part of Brittany? I’m not sure. The bus ride was a little less than an hour and a half from Rennes, perfect for a day trip. I figured since I was in Rennes, why not drop by to see what’s the big deal?

Day 4 was an unplanned but interesting detour…you’ll see. (See all photos.) 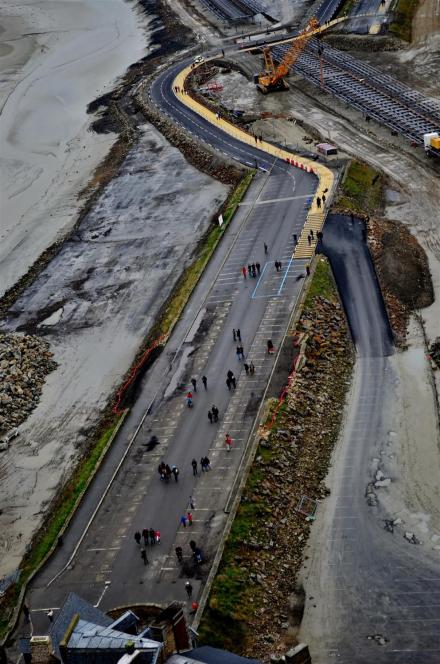 It was low tide when I visited, so the areas surrounding the “island” were very muddy, not to mention under construction or restoration of some sort. I think it would have been a much nicer experience if it was high tide, and if the weather were nicer (it rained a bit) but alas, I don’t have an infinite amount of summers to go everywhere I want 😦 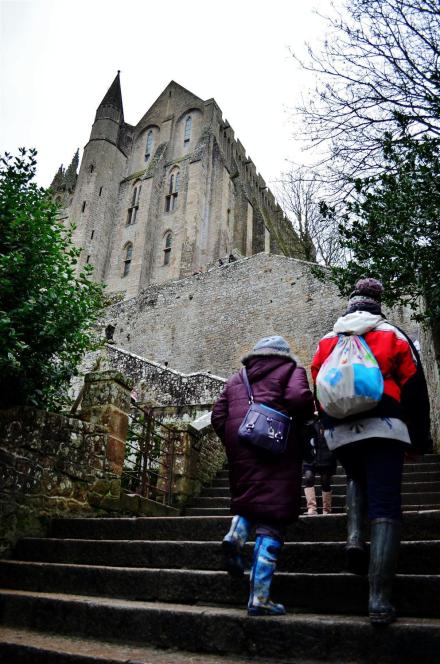 The climb to the top of the mont, where the abbey was located, was very pleasant. I gotta say though, Mont Saint-Michel is THE most touristy place I’ve been to, more than Amsterdam or even Bruges. What’d I expect though? Why else did people go there other than tourism? However, I was surprised to see groups and groups of Japanese tourists visiting Mont Saint-Michel. It’s the first time I’ve heard more Japanese than French and English combined in one day…the Japanese people certainly do love France!

Finally, after climbing to the top and wandering about what seemed like a maze, I arrived at the abbey.

There were lots of restaurants and creperies on the island but boy, the prices were astronomical. I’m glad I had my supply of water and viennoiserie from Rennes. 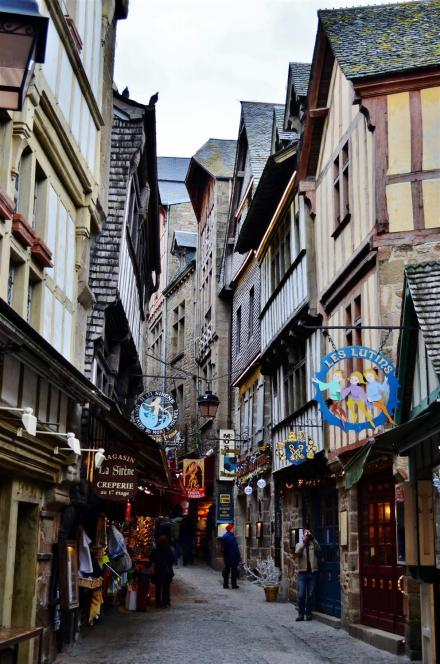 The rest of the day was pretty much spent wandering the narrow streets of Mont Saint-Michel, browsing the souvenir stores and hiding from the rain. I wasn’t all that impressed by Mont Saint-Michel, to be completely honest. I even took and earlier bus back to Rennes than I had anticipated. I guess I was expecting too much, since this Mont Saint-Michel was such a hype, like Paris. Huh, go figure. I never liked Paris. It’d only make sense that I didn’t find Mont Saint-Michel to be so interesting or unique at all. Okay, let’s just go on to the next destination…

…which is PORNIC on day 4! Hey, I swear it’s the real name of a real town. A little funny (especially since there’s another French town named “Condom” in southern France), but that was precisely why I went! I knew of the place already through Wikitravel, though I hadn’t planned on stopping by. Yet, with 8 hours to spare in Nantes before heading back to Bordeaux on my last day, and with the train trip to Pornic only being an hour and a half from Nantes, I figured, hey, why not make a last-minute detour? Heck, let’s just see what this town is like. I’m curious! 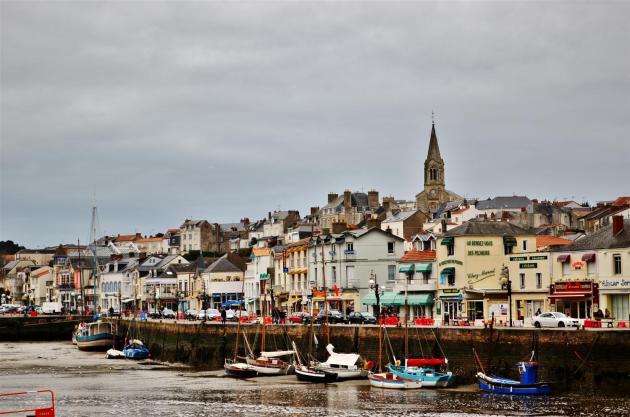 And wow, what a pleasant surprise! I’m so glad I made the detour, even though my motivation was most unusual, teehee~ The first thing I said to myself when I arrived in Pornic: “What a cute little town!” It immediately reminded me of Cherbourg in Normandy, not surprising because they’re both right by the Atlantic. 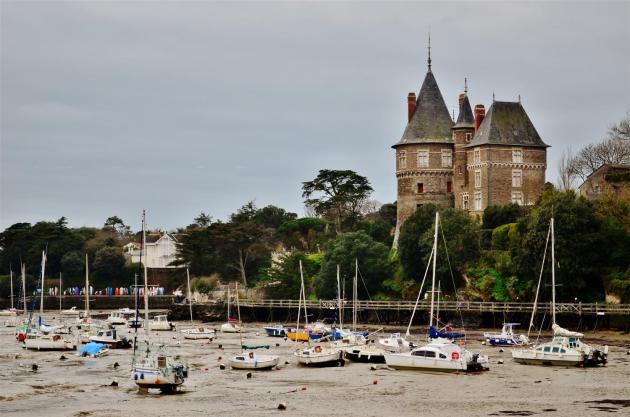 Of course, with no prior research, I had no idea what I should see in this town or whether there is anything to see at all, so I followed my instincts and just walked around with the two and a half hours that I had.

Since the town is right by the Atlantic coast, I figured it would only make sense to go see the ocean. I found a trail which I assumed led to the ocean, and I followed it without knowing exactly where I was going. There were people in front of me, so it can’t be leading me to the middle of nowhere, right? The more I explored Pornic, the more I was convinced that it was a mix of Cherbourg, Biarritz, and Tobermory (in Canada). It had characteristics of each of the three places, yet Pornic was unique in its own way. I liked it so much!

Et voilà, the Atlantic Ocean. It was such a windy day, so windy that I wasn’t sure if the water splashing on my face was rain or water from the ocean that flew because of the roaring wind. (It turned out to be rain.) Standing by the ocean, watching the waters flow into the limitless horizon…I felt like I was standing on the edge of the world. It was cold…but so refreshing!

Alright, summary of the entire trip: I loved Rennes. Nantes I probably would have liked more if it didn’t rain as much. Mont Saint-Michel is overrated, just like Paris. Then again I blame myself for going to these places with too much expectation. Go somewhere with no expectation (i.e. Rennes) and it’ll surprise you. And Pornic. No knowledge about the place or any expectation what-so-ever = ended up being the best part of the trip. Moral? Be random and spontaneous, it might just make your day 😉

2 responses to “Northwestern France, days 3 and 4”